As we mark the winter’s last Sunday, my letter discusses economic development and new ways for residents to request City services.

Over the past decade or more, the City has made frequent use of tax stabilization agreements (“TSA’s”) to encourage economic development.  These agreements “stabilize” the value of property for tax purposes at the pre-development level, and using a “stabilization period” of several years to move the property up to its full, post-development value.  In its April, 2014 Report, the City Council’s Economic Development Task Force recommended enacting a standardized TSA that established terms that were both fair to the developer and to the City, which would be available “off the shelf” without enacting special legislation.  In recent years, the City Council has approved a series of “one off” TSA’s with largely similar basic provisions.  This “case by case” system has empowered special interests to hold up worthy projects, as was the case with the Fogarty Building, which is now going forward after six months of delays.  It took the State’s intervention to break that gridlock.  Partly as a result, the General Assembly then proposed legislation to impose 20-year tax stabilization agreements on the I-195 parcel, even though this length of a “stabilization period” dilutes the benefit the City will derive from new development.  Ultimately the State persuaded the City to enact a “template” 20-year TSA program for certain I-195 development.  As this experience demonstrates, the City needs a standardized TSA of 10-13 years that is not subject to wrangling and delays.  Councilman Salvatore has prepared legislation he is introducing next week to perform this task which I was pleased to help draft and will co-sponsor. 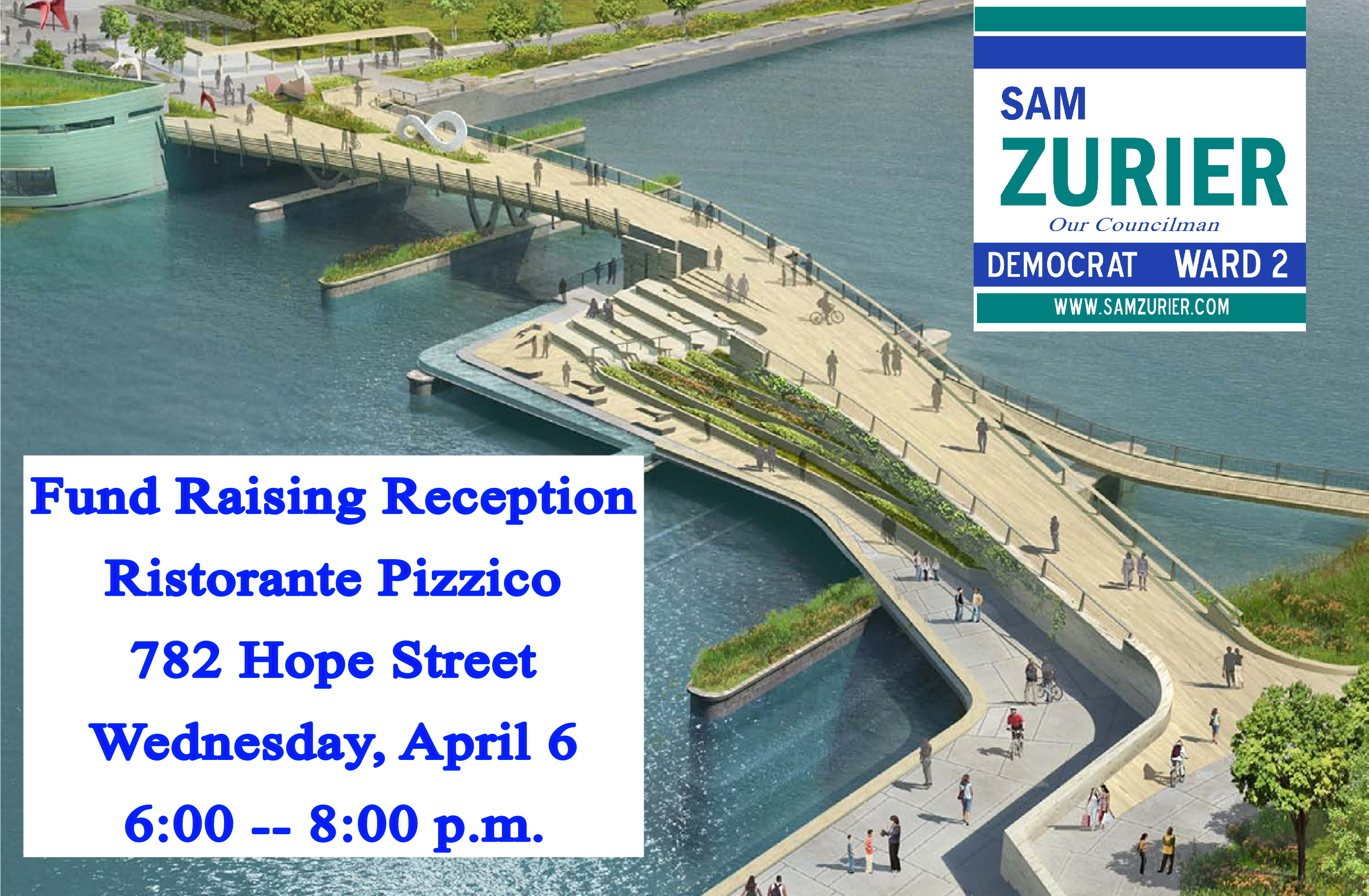 Please join me on Wednesday, April 6, 2016 at 6:00 – 8:00 p.m. at Ristorante Pizzico, 782 Hope Street to support my work and to discuss our City’s future.  You can print up a Reply Card and mail it in, or you can contribute online.  Either way, I hope to see you on April 6, but if you cannot come, please consider making a contribution in whatever amount you think is best.  Thank you for your consideration and for your support.

Last week, the Administration introduced the PVD 311 system to request City services.  In addition to the 311 telephone number, there is an app (“PVD311”) residents can install on smartphones and a new menu of services connected to the ProvConnex button on the City’s main webpage.  The City Council has requested this type of service for several years, and I look forward to your feedback as to how it is working.