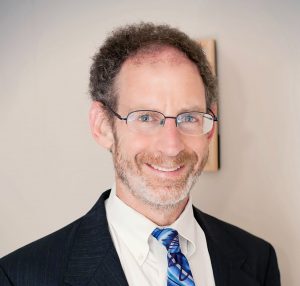 I grew up on the East Side of Providence, moving there from Pawtucket with my family when I was six years old.  I attended Henry Barnard Elementary School, Moses Brown Middle School and Classical High School, where I graduated in 1976.  I continued my education at Yale University, Oxford University (which I attended on a Rhodes Scholarship) and Yale Law School, graduating in 1986.  During 1986-88, I clerked for two Federal judges in Boston, Rya Zobel of the United States District Court and Stephen Breyer, then of the First Circuit Court of Appeals.  I then served as an Assistant Attorney General in the Environmental Protection Division of the Massachusetts Department of Attorney General.  While in Boston, I met Lauren.  We married in 1988, and we moved to the East Side of Providence in 1990.  We have lived there ever since.

Since my return to Providence, I have worked in the private practice of law, specializing in civil litigation.  In my free time, I have worked with several community organizations, including the Boards of the Jewish Family Service (where I served as President during 2000-02), the Jewish Federation of Rhode Island and Temple Beth El.  I also served for many years as the Chair of the Rhode Island selection committee for the Rhodes Scholarship Trust, a platform I used to encourage students from Rhode Island’s colleges and universities to compete for this award.  One year, Rachel Walshe of the University of Rhode Island won the scholarship, which helped her alma mater receive some recognition that had been long overdue.

I also worked to improve public education, beginning with my term as a member of the Providence School Board in 2000-02.  I enjoyed my School Board service tremendously, both because of the importance of public education, and also because it provided me a chance to work with colleagues from across the City, helping me to see how our public schools could help knit our East Side community more closely to the rest of the City of Providence.  I also served on several quasi-official education committees during and after my term on the School Board, including Governor Carcieri’s Education Transition Team, the City of Providence’s Superintendent Search Committee, and the Aramark Scholarship Selection Committee.  I also co-founded the Classical High School Alumni Association, which brings alumni together to raise private money for this fine public school.  For the past two years, I taught education law as an adjunct professor at Roger Williams Law School.

In 2006, the Nathan Bishop Middle School was failing.  The Providence School Department proposed closing the school and replacing it with a temporary high school.  A group of East Side parents with children in the public schools (Michelle McKenzie, Harlan Rich, Tom Schmeling and I) believed that the future of our neighborhood depended upon changing this plan, and together we formed the East Side Public Education Coalition (or “ESPEC”).  During the Spring and Summer of 2006, ESPEC helped inform the community and the Providence School Board of the need for a better Nathan Bishop, and the School Department reconsidered its decision.  During 2006-09, I and several other East Side parents and community members organized meetings and served on a series of planning committees.  The new Nathan Bishop Middle School opened this past fall , and I smile every time I go past the school.  That Spring, I served on the Steering Committee of Rhode Island is Ready, a grassroots organization that advocated for the passage of a fair education aid funding formula.  As part of my work, I testified before the General Assembly.  I am sorry to say the funding formula that the State enacted is not fair to the children of Providence, a subject I discuss in the Issues section of this website.

I was elected to the Providence City Council in November, 2010 and re-elected in November, 2014.  During my time on the Council, I worked on a variety of issues, with a focus on the City’s finances and public schools.  I completed my second (and final) term of office at the end of 2018.

You can read a summary of my record of public service by clicking here.

I live on Grotto Avenue with my wife Lauren.  Lauren is a prosecutor, handling criminal appeals for the United States Attorney’s office.  We have three children: Rachel, Hannah and Joseph.  Rachel is now employed at the Bryant Park Corporation in New York City.  Hannah is studying Food Science at Cornell University graduate school.  Joe is working in finance in New York City.